I love to travel and have had the opportunity to go to some wonderful spots around the world. I always enjoy looking at travel photos, whether they're my own or someone else's. I also love to take pictures around Olympia - our area is graced with such amazing natural beauty and wonders! Occasionally, I will post a few of my favorites. Let me know in the comments which you like best! 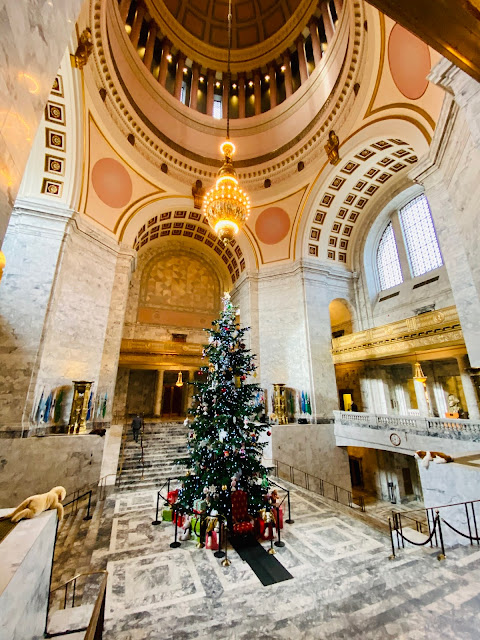 The interior of our Capitol in December.  I had forgotten how vibrant the colors are inside the Rotunda as well as the spectacular architectural details. If you find yourself downtown you should pop in for a look. You will definitely be impressed! And to think they built this structure in the late 1800's! What amazing craftsmen they had back then. I remember from tours when I was younger, you can fit a Volkswagon Beetle car inside that chandelier! 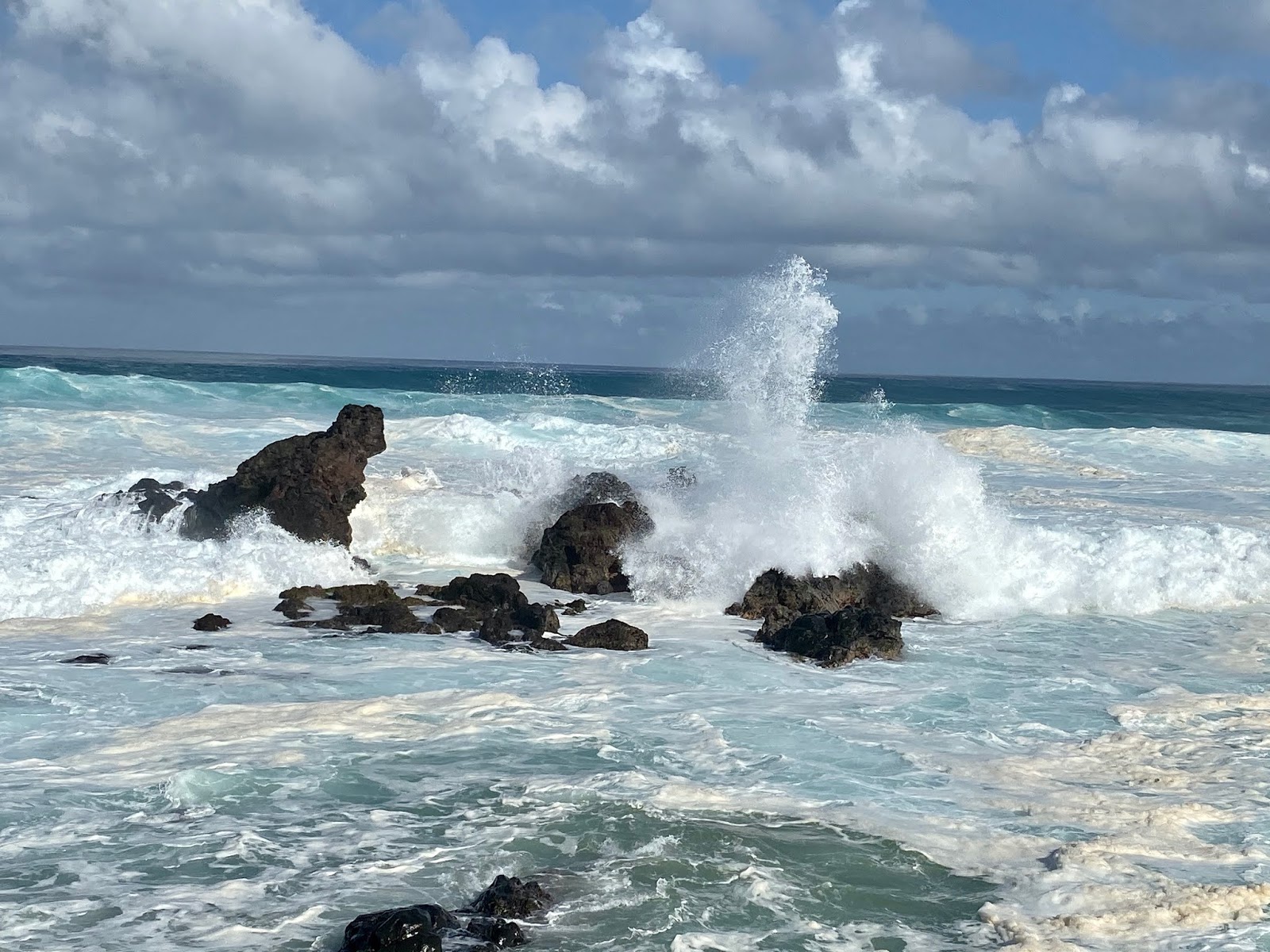 Big Waves in Maui in December! 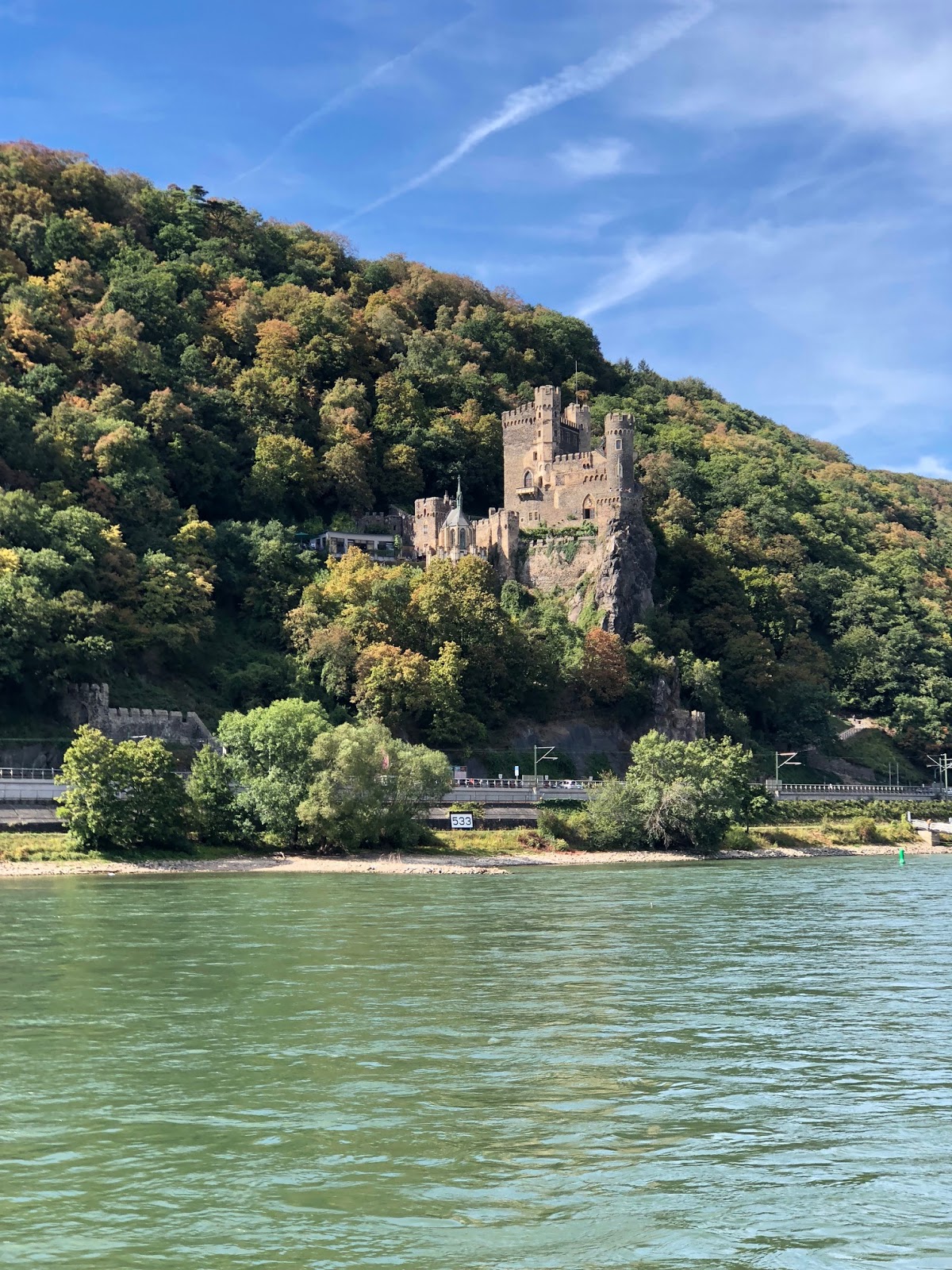 I went on a cruise with my mother in 2018 from Switzerland to Amsterdam, mostly on the Rhine and Mosel Rivers. This was in the 'castle district' of the Rhine River in Germany - for three hours there were beautiful, breathtaking castles on each side of the river. Like stepping back in time.... 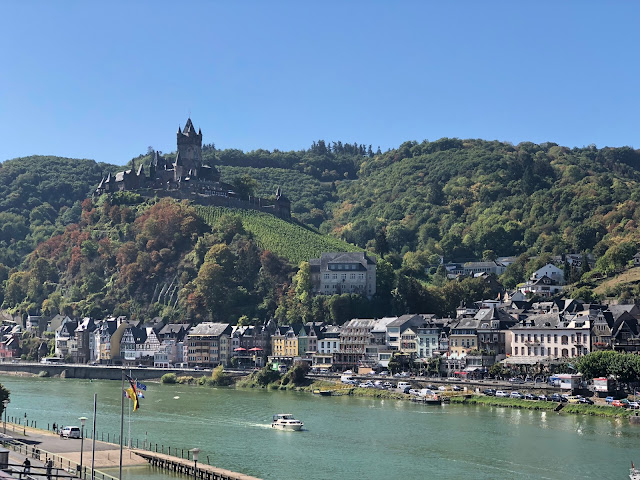 And speaking of castles, look at this idyllic shot of Reichsburg Castle in Cochem, Germany. One of the most beautiful castles I've ever been in - and I've been in a lot of castles! 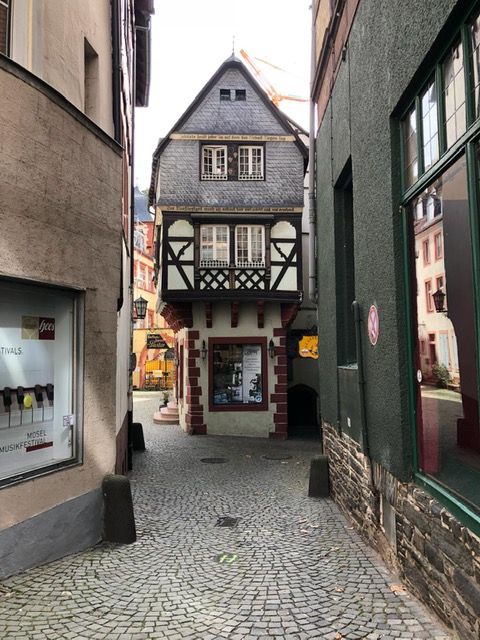 And look at this funny little house in Germany - back in the day they were taxed on the square footage they took up in the square - so the lower part was very small and the upper part much larger! 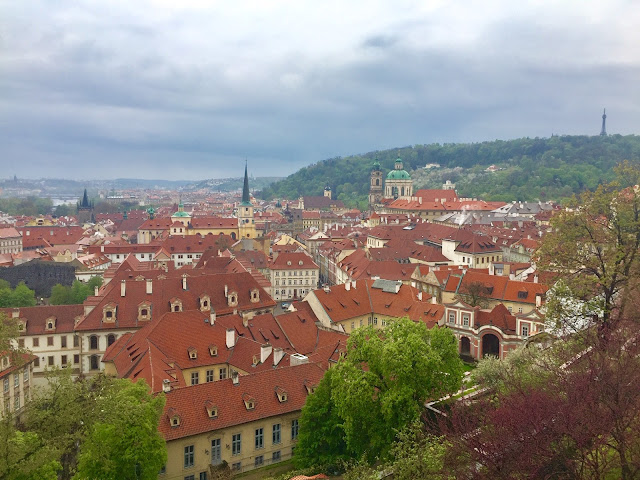 One of my favorite places that I've ever traveled was to Prague.  The city was built in the 13th century and never bombed during WWII, so it remains a perfectly intact medieval city. Absolutely beautiful and breathtaking. Like being in a storybook. 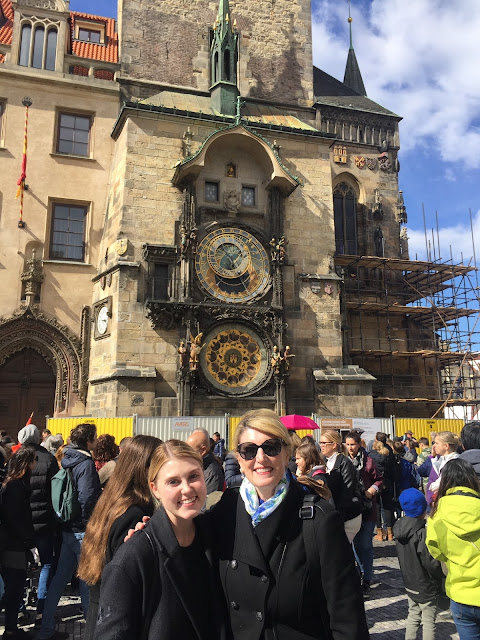 And of course you can't go to Prague without seeing the astronomical clock. (My daughter Carly and I in 2017.) It was installed in 1410 (!) and is the world's oldest mechanical clock still working. So fascinating and amazing! The clock not only tells time but also shows the position of the Sun and the Moon in the sky, the astronomical signs and a calendar dial representing the months of the year. Plus all the crazy little characters that pop out every hour and move around. This clock was the inspiration for a clock tower featured in one of the books I wrote. Seriously, a must see.

Popular posts from this blog 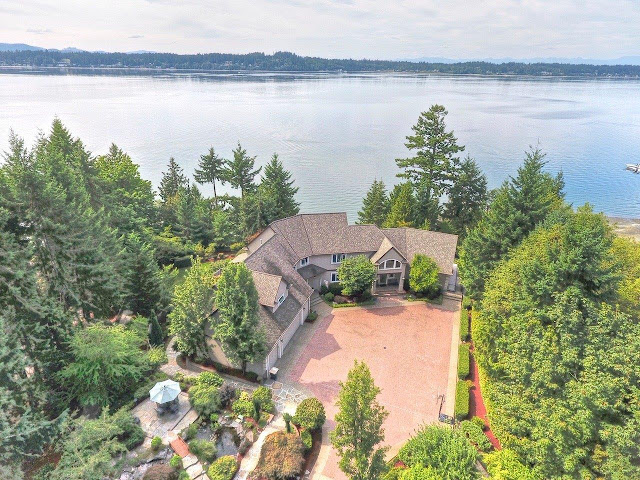 Welcome to this breathtaking custom home located on 264' of waterfront on Budd Inlet.

Spectacular setting and construction combine to offer an uniquely private waterfront estate.  Breathtaking custom home is sited on 2.38 acres with a paved walkway to the private beach. This gorgeous home offers 6,278 sf on three levels.
The Main Level features formal Living Room with enough space for your grand piano, along with gorgeous Westerly views. Built-in granite-topped buffet in the formal Dining Room and mullioned windows add an old-world elegance throughout.  Beautiful Office has built-in walnut bookcases, fireplace and a view to daydream by! Main Floor also includes the Kitchen opening onto Great Room with cozy gas fireplace - all with lovely views of the water.
The Upper Level offers three Bedrooms, each with their own full Bathroom.  Lower Level has large Family Room / Rec Room with wet bar,  gas fireplace and TV area, along with another den / office / bedroom, Full Bath and large Exer…
Read more 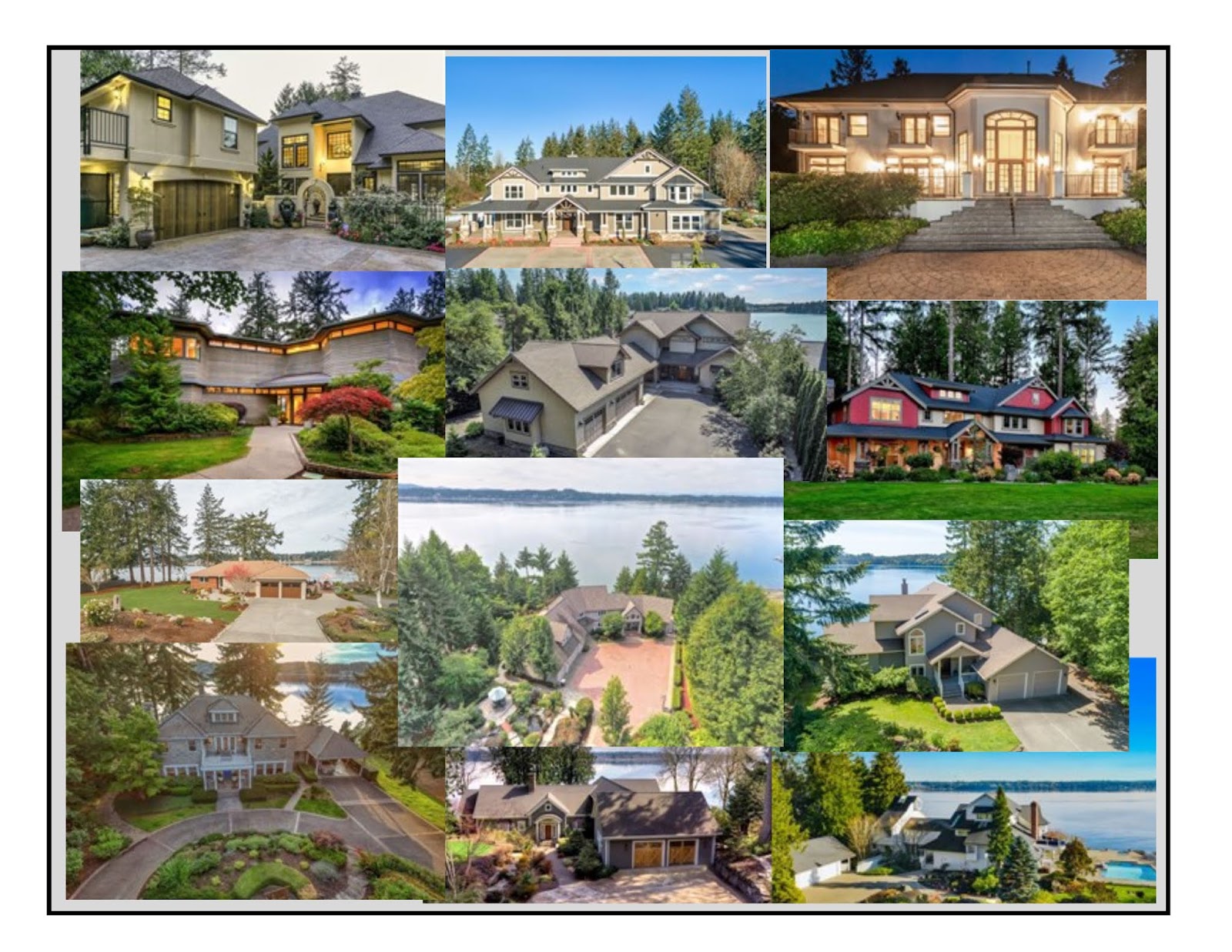 The average price of a home in Thurston County has been creeping up over time and now averages around $330,000.  We've all heard how strong the real estate market has been here for the last few years but we still have that small-town feel - do  you ever wonder if we actually see sales over $1 million dollars in Thurston County?

The answer:  Yes!   You might be surprised to know we have 23 pending or closed sales of single family homes over $1 million just in 2019!

All but 3 are either on saltwater or lakefront.  Here's a brief summary:

And if you're curious about what salt waterfront is currently available for sale over $1 million in Thurston County - you can go to my website - www.karen-hamilton.com - and click on the tab "Salt Waterfront Listings" to see what's currently available by peninsula - Cooper Point, Boston Harbor, Steamboat Island and Johnson Point.

Are you in the market to buy or sell a million dollar home?  Call me! I've represented both Buy…
Read more

Seasons are Changing - Is it too late to list?

The sunflowers are blooming, which is always a sign that we are nearing the end of summer - and the question I start to hear now:  'Does that mean it's too late to list my house?'

Though the summer months do remain busy, the fact that we have such low inventory in Thurston County means we have pent-up Buyer demand, translating to robust sales every month of the year!  In fact, we see a higher ratio of closed sales in December than we do in July! So, if you're considering selling - now is a good time!  Contact your Realtor (or me) and talk about next steps and what you need to do to prepare for the market in order to achieve the highest reasonable price for your home.
Read more